Home » Articles » Can Reasonable Diligence Trump a Probate Statute of Limitations in Texas?

Default for failing to file?

A default is the failure to do something required by law or the failure to comply with a contractual obligation. When it comes to filing a will for probate, there is a timeline that the filer must comply with in order to avoid being found in default.

Facts of the Case: Negligence or Diligence?

James E. Campbell was married to his second wife Freda when he passed away. Campbell and Freda had both signed wills using the same witnesses. In Campbell’s will it stated that if he were to die before Freda that she would receive all his property and estate and that she would act as the executor of his will. However, if Freda were to die before Campbell, his estate would be divided equally between his two stepsons, and his stepson Rumsey would be the executor of the will.

Rumsey testified that he and his brother Philip had gone to Freda’s house after she passed to look for anything they needed to take care of on her behalf. This was the first time Rumsey and Philip became aware of Campbell’s will, and this is when Rumsey sought to probate it. Rumsey testified that his mother was most likely aware of the existence of the will, but that he had never made any inquiries as to whether Campbell had a will or not. Brown, Campbell’s daughter, testified that Freda was aware of the existence of the will and had asked Freda if Campbell had a will, but Freda never answered.

What this case means: Does the 4 year statute always apply?

What happens when the amount of time passes to submit a will to probate after a person’s death? Here, because four years had passed between the death of Campbell and Rumsey’s application for probate, Rumsey had the burden of proving to the court that he exercised reasonable diligence in offering the will for probate. The court of appeals found that a reasonable person could find that Rumsey was diligent in his efforts as he first became aware of the will in 2008 shortly after the passing of his mother Freda. Rumsey had no previous awareness of the will. Once he discovered the will, Rumsey offered it for probate within 7 months of his discovery. This was sufficient evidence to prove reasonable diligence which meant that Rumsey was not in default.

Does a previous executor’s default prevent a new executor from submitting a will to probate? Here, because Freda did not submit the will to probate within four years, she was in default. Brown argued in her appeal that Freda’s default should prevent Rumsey from being able to submit the will to probate as well. The court of appeals affirmed the decision of the trial court that the will was admissible. Brown argued solely on the basis of Freda’s default and presented evidence from cases where the person submitting the case to probate had defaulted. However, the court of appeals found that because Rumsey did not default, these cases did not apply, and the will was still admissible to probate.

Do you need help from an Experienced Probate Attorney for a Probate Dispute Matter?

If you’re not sure whether or not the statute of limitations applies in your case, it’s important to speak with an experienced probate attorney who can help you understand your rights and options.

How long is the probate statute of limitations in Texas?

The probate statute of limitations in Texas is four years. This means that if you don’t file a probate case within four years of the person’s death, you may not be able to do so.

However, there is an exception to this rule. If you can show that you were reasonably diligent in trying to file the probate case, the court may allow you to do so even if it’s been more than four years since the person died.

Is statute of limitations an affirmative defense in Texas?

What is the statute of limitations in Texas real estate?

The statute of limitations in Texas for real estate is four years. This means that if you don’t file a lawsuit within four years of the date of the incident, you may be barred from doing so.

However, there is an exception to this rule called the “reasonable diligence” exception. This exception allows you to file a lawsuit even if it’s been more than four years since the incident occurred, as long as you can show that you reasonably attempted to discover the cause of your injuries during that time.

To learn more about the statute of limitations in Texas, and how it may apply to your case, contact a knowledgeable probate attorney in your area.

What is the statute of limitations on a civil suit in Texas?

The civil statute of limitations in Texas is two years. This means that if you want to file a civil suit against someone, you have two years from the date of the incident to do so. After that, your case will be dismissed.

However, there is an exception to this rule known as the doctrine of reasonable diligence. This doctrine says that if you can show that you were reasonably diligent in trying to file your lawsuit within the two-year period, then your case may be allowed to proceed.

So, if you have a civil suit that you want to file in Texas, but it’s been more than two years since the incident occurred, you may still have a chance if you can show that you were reasonably diligent in trying to file your lawsuit.

What is the statute of limitations for a felony in Texas?

The statute of limitations for a felony in Texas is three years. This means that if you are charged with a felony, the state has three years to bring you to trial. If they do not, you can no longer be tried for that crime.

Previous PostWhat Can a Probate Court Do About Child Support?Next PostWho Will Serve as Personal Representative of Your Estate?
0Shares
Dallas probate attorneyprobate disputeprobate of a will 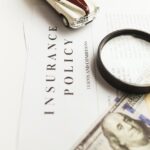 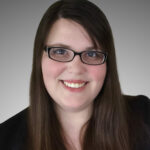